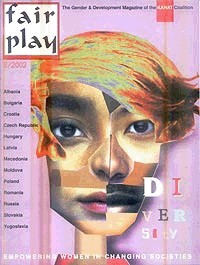 “FairPlay – Empowering Women in Changing Societies” was KARAT magazine published in English by Bulgarian organization Women’s Alliance for Development (WAD) – a KARAT’s member. It was a regional magazine on women’s rights and situation of women in Central and Eastern Europe.