Do you know that:

Why the women in these countries suffer despite that the national and international law guarantees the protection of their rights? KARAT with its partners decided to have a close look at this problem and launched a project titled “Regional Coalition on CEDAW & Access to Justice”. 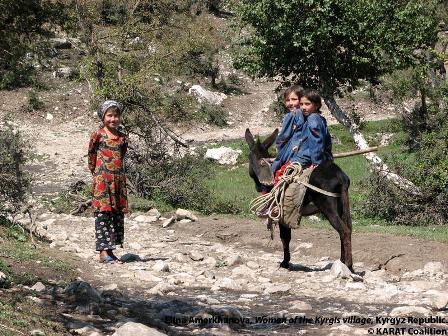 The project based on the previous project implemented by KARAT in years 2008 – 2009 focused on promoting Optional Protocol to  CEDAW (OP CEDAW)  in Central & Eastern Europe and Central Asia highlighted that the victims of gender-based discrimination very rarely use the national legal mechanisms to exercise their women’s human rights.

Consequently, KARAT with its partners from Central Asia decided to identify the barriers which prevent women from seeking justice at the national, and thus also international level, formulate the adequate  recommendations to the governments and international institutions (based on the established needs of women related to access to justice), and as a result improve the women’s access to justice in the Region.

The project revealed that the problem of barriers on the national level goes far beyond the legislative frameworks of the studied countries. In all five countries (Azerbaijan, Kyrgyzstan, Poland, Tajikistan and Uzbekistan), although the justice systems, national and thus also regional and international, guarantee the protection of women’s human rights, they often fail when it comes to addressing most common, gender-specific violations of women’s rights. A characteristic feature of these violations is that they are deeply – rooted in tradition and/ or religion of the societies and hence, are not recognized as a human rights issues.  For a woman questioning widely accepted codes of conducts may result in social ostracism, exclusion from the family, and in consequence the loss of livelihood as she is often economically dependent on a man.  It prevents victims from exercising their rights at the national level and results in the extremely low number of cases on the ground of discrimination against women submitted from the Region to the international human rights’ institutions.

Within the project KARAT with its project’s partners focused on the specific types of women’s rights violations in their countries: domestic violence in Azerbaijan and Tajikistan, bride kidnapping in Kyrgyzstan, access to lawful abortion in Poland and trafficking in women in Uzbekistan.